Zeteo Tech’s mass spectrometry technology identifies airborne microbes, proteins and lipids, and can be used to screen for infectious diseases or for the identification of aerosolized bio-threats in near real-time ‒ allowing critical infrastructure protection & near real-time screening for disease at the point-of-care.
Link 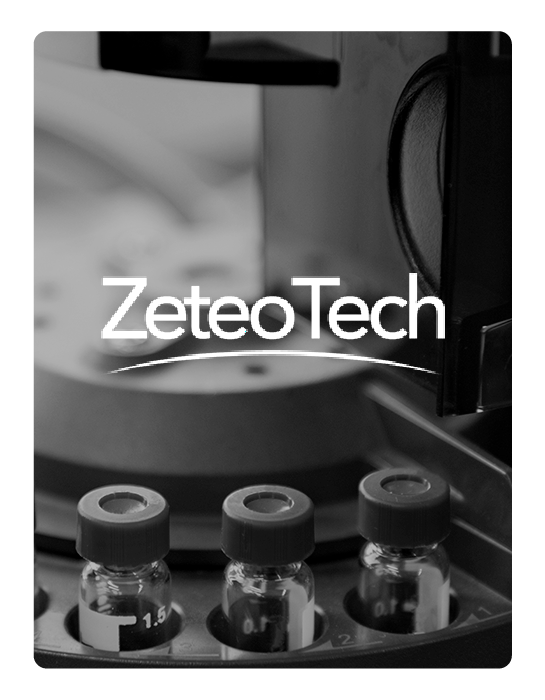 Zeteo Tech’s revolutionary tool, digitalMALDITM, is a real-time assay that detects all pathogens, both bacterial and viral, with no sample processing

Zeteo Tech, Inc. was founded in late 2013 by three leading technology experts with two goals: first, to build a biological detection business based on the mass spectrometer work led by company president Wayne Bryden at Johns Hopkins University Applied Physics Laboratory; and second, to develop new technologies to support the military and homeland security and create products to bring these technologies to the men and women defending our nation.

Zeteo Tech’s revolutionary tool, digitalMALDITM, is a real-time assay that detects all pathogens, both bacterial and viral, with no sample processing – using either exhaled breath (respiratory pathogens) or standard clinical samples. The patent-pending time of flight mass spectrometry technology dramatically lowers cost-of-ownership relative to the biomolecular reagent-based systems currently deployed for biodefense applications – its high sensitivity enables fully-automated and near real-time identification of bio-threats in operational environments. This innovation is backed by decades of development surrounding the molecular basis of pathogenic organisms and biological toxins. Furthermore, digitalMALDITM, dramatically reduces cost and size relative to the MALDI instruments typically used in the clinical diagnostics market and enables near real-time screening for disease at the point-of-care, without culturing or other means of signal amplification.

Small Business Innovation Research (SBIR) and Small Business Technology Transfer (STTR) funding played a critical role in the development of the company and its biological detection technology. Zeteo received invaluable guidance and support from key individuals within the program, and the funding has moved the technology forward to the point that venture capital firms were willing to make an investment. Zeteo Tech currently has a Phase III SBIR contract from the Department of Homeland Security (DHS), which includes follow-on research and development and testing to prepare for the deployment of its mass spectrometer, and $1 million through the Bill and Melinda Gates Foundation.

This revolutionary new class of fieldable biological mass spectrometers are currently deployed for biodefense applications, and the company continues to find new application areas. Additional products and offerings are being used for decontamination of military equipment. Zeteo Tech’s Canine Auditory Protective System (CAPS) has been developed to protect military working dogs, who experience temporary and cumulative hearing loss riding in helicopters, and is now being sold to the military, federal, state, and local and international law enforcement.

The worldwide tuberculosis (TB) epidemic is another area being addressed with Zeto’s technology – with no effective vaccine, new strains are resistant to all antibiotics, and the disease continues to spread. digitalMALDITM can provide rapid, non-invasive, accurate, and extremely low-cost TB mass screening to help defeat this epidemic. Through the efficient use of the SBIR/STTR programs, Zeteo Tech has grown from its initial 3 employees to a staff of 14, acquired and later spun off Edge Embossing at a profit, and revenues have grown from $700,000 in 2014 to $3.65 million in 2019. The strength of the digitalMALDITM technology developed under SBIR/STTR funding continues to help the company reach new heights.