Following a decorated career in the Air Force, Mr. Baron’s work at Braxton Technologies and the Catalyst Campus for Technology & Innovation has directly resulted in over $370M being funneled into downtown Colorado Springs and helped bring dozens of jobs to the area. 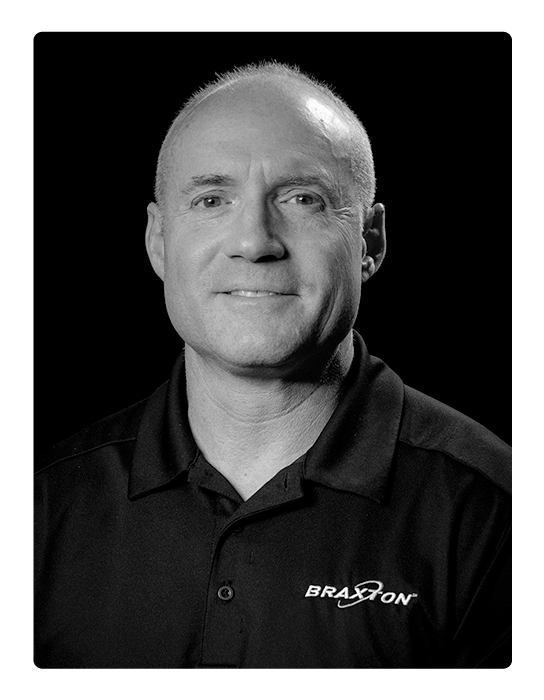 Mr. Baron’s work at Braxton is saving taxpayers money, reducing risk through iterative development, and advancing technology at a rate that most companies cannot sustain.

Edward (Ed) Baron recognizes the value that small businesses bring to solving hard problems. Today, he is serving as Vice President of Advanced Programs at Braxton Technologies, LLC – where he executes strategies to increase market opportunities built around core company strengths. However, Mr. Baron’s background provides him with a strong foundation in leadership and ingenuity: as a retired Colonel with 25 years in the Air Force, he has already had an extensive career within space operations, acquisition, and communications. Mr. Baron had 3 deployments overseas in Afghanistan, Qatar and Iraq finishing his career as the Chief of Staff, Joint Forces Special Operations Component Command – Iraq.

Drawing upon this experience and dedication, Mr. Baron turned to the world of Small Business Innovation Research (SBIR) upon joining Braxton Technologies, LLC. Mr. Baron believes that small businesses compete well because of their agility and ability to deliver useful capability at a fraction of the cost of traditional providers, keeping our Nation competitive in the global technology market. He is not afraid to hold discussions with all levels of the Federal Government to advocate for small business objectives and efforts meant to prototype and demonstrate validity of the technology and approach before spending billions of dollars on something the Government can get for orders of magnitude less cost.

Mr. Baron is viewed as an incredible visionary at Braxton Technologies, where multiple successes have stemmed from their first $150,000 SBIR award that Mr. Baron championed in 2013 – which became $160 million worth of contracts in 7 years, with even more exponential growth expected in 2020. By creating a strategic road map that leverages existing Braxton SBIR contracts and builds on each one successively, Mr. Baron’s work at Braxton is saving taxpayers money, reducing risk through iterative development, and advancing technology at a rate that most companies cannot sustain. In addition to a sage use of partnerships with Government, industry, and academia, he takes advantage of the process and funding to go fast, not waste money, and deliver capability of value to end users. This leadership and dedication has resulted in the operational capability of using commercial antennas and investments to solve the dire problem of an oversubscribed Air Force Satellite Control Network (AFSCN), an innovative enterprise ground capability to operate the Navigation Technology Satellite 3 (NTS-3) mission demonstrating the next generation of Positioning, Navigation, and Timing solutions for the military, and several other smaller projects.

In addition to his capital successes, Mr. Baron inspires each team member around him to drive his cultivated solutions into successes. He is also Board President for the Catalyst Campus for Technology & Innovation, a 501(c)3 Non-Profit, housed on the Catalyst Campus in Colorado Springs, CO, focused on supporting economic development in Southern Colorado through innovation and commercialization. Mr. Baron’s work has directly resulted in over $370 million being funneled into downtown Colorado Springs and is credited with helping to bring dozens of jobs to the area – a huge economic impact to the community, helping to establish Colorado Springs as a technological hub for space innovation.