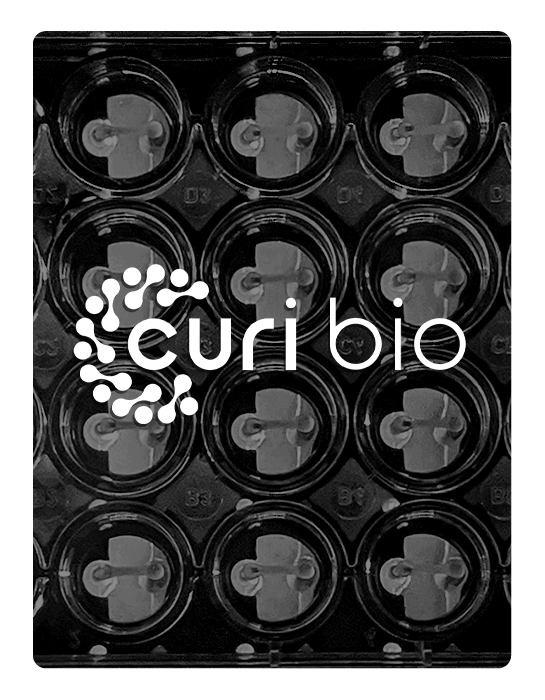 Did you know that one in three drug development projects fail due to toxic effects on the human heart? These failures often remain undetected until late in the drug development pipeline, leading to incredibly costly clinical failures. It costs $2-3 billion and takes 10-15 years to develop a new drug – and only 1 in 10,000 candidate drugs can actually reach the market!

With the support of Small Business Innovation Research (SBIR) grants through a range of institutes within the Department of Health and Human Services (HHS) – including the National institutes of Health (NIH), the National Heart, Lung, and Blood Institute (NHLBI), the National Cancer Institute (NCI), and the National Institute of Biomedical Imaging and Bioengineering (NIBIB) – Seattle-based Curi Bio has developed advanced bioengineering techniques and new materials to replicate the cardiac microenvironment to control tissue structure and function. These engineered tissues allow for more predictive and reproducible screening models for toxicology; data from these predictive disease models can be used to discover and develop new therapies. SBIR funding has supported Curi’s first commercial prototypes—developed from an incubator space at the University of Washington—as well as enabled the expansion of its scientific team to include additional PhD-level scientists, including researchers from traditionally underrepresented groups in science. $1.3 million in Phase III funding has supported new product R&D, IP licensing, additional PhD-level hiring, and new marketing and sales initiatives. Curi has successfully launched 2 product lines, doubled product sales revenue growth year-over-year, and recently acquired Silene Biotech to further accelerate R&D efforts. The company credits not only project funding, but programmatic support from HHS as a vital and invaluable resource for successful commercialization, as well as in the company’s ability to build a strong, diverse, and highly capable technical workforce.

Curi Bio is scaling fast, with a goal not only to meet the need for more accurate, effective, and scalable preclinical screening tools that can predictively assess whether a drug will have cardiotoxic effects in humans – but to become a dominant player in preclinical cardiac and skeletal muscle therapy discovery and preclinical drug development. The company’s work presents a win-win scenario for all involved in the drug discovery pipeline – from companies conducting drug discovery, right down to the humans relying on new therapies to be as safe as they are effective.