ATA has created & validated a suite of modeling & simulation tools to aid in the development & fielding of highly-engineered systems.
Link 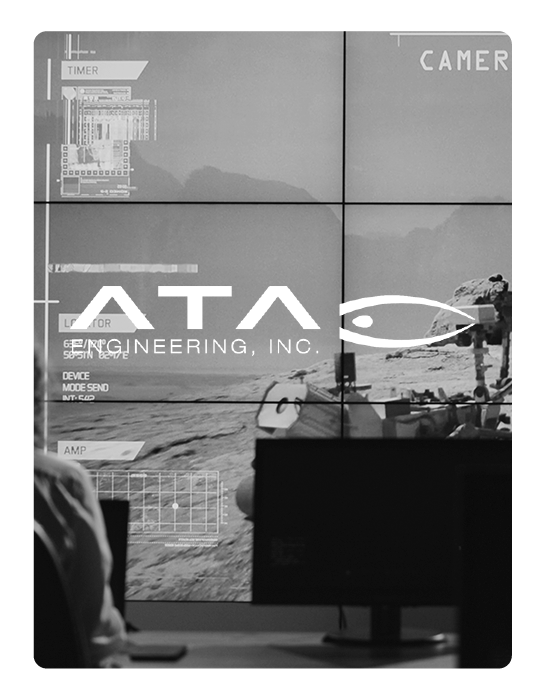 ATA is an industry leader in advanced computational and experimental methods, including addressing a National Priority: Innovation in Modeling and Simulation to Realize Hypersonic Flight.

Facing termination due to its parent corporation’s divestment of its engineering services business, ATA Engineering was founded by 28 employees who decided to strike out on their own in 2000. Since receiving its first Small Business Innovation Research (SBIR) contract in 2002, ATA has garnered more than $20 million in sales and additional investment deriving directly from SBIR/Small Business Technology Transfer (STTR) technologies. In addition to this impressive financial growth, the technologies that have arisen from these projects have positioned ATA as an industry leader in advanced computational and experimental methods, including addressing a National Priority: Innovation in Modeling and Simulation to Realize Hypersonic Flight. Hypersonic flight is an extreme environment with interdependent physics that challenge the current “serial” analysis paradigm in which the results of one simulation are replayed as inputs to another. To improve realism by capturing the coupled nature of these phenomena, ATA developed a Multi-Physics Engine that enables coupled co-simulation using best- in-class software codes across multiple domains.

Government-funded SBIR/STTR projects have played a central role in ATA’s growth and success at becoming an industry leader in advanced computational and experimental methods. SBIR/STTR has fostered expansion into new technical disciplines and new industries, which has been key to growing the business. Due in part to the opportunities that SBIR/STTR has provided for collaborating with government, industry, and university experts, ATA has created and validated a suite of tools and underpinning engineering methods to aid in the development and fielding of highly – engineered systems. Along with providing invaluable expert technical monitoring of ATA’s SBIR/ STTR research, agencies involved have provided access to test facilities, aerospace materials, and experimental data that have been critical in anchoring ATA’s modeling and simulation tools. These contributions have been just as instrumental as the SBIR/STTR funding in maturing and advancing ATA’s technologies and ensuring that they satisfy warfighter requirements. These organizations have also provided avenues for continued research funding through the Commercialization Readiness Program (Air Force), Rapid Innovation Fund (Navy), and sequential Phase II (Army) initiatives, opportunities which have been transformative in progressing innovative engineering methods from prototype to production. Phase III sales have resulted primarily from consulting activities in which ATA applied novel engineering methods – including the Multi-Physics Engine – to solve product design challenges.

Now, in its 21st year, ATA has remained 100% employee-owned and is home to a staff of more than 170 operating from seven locations. ATA is proud to have been a key part of its customers’ successes, including landing multiple rovers on Mars, intercepting a comet, introducing new theme park attractions around the world, and readying the next generation of space exploration vehicles. In addition to these achievements, ATA has authored more than 350 technical publications, provided professional development for 160+ student co-ops and interns, received designation as a key member of the hypersonics industrial base by the DoD hypersonics community, and been awarded 9 U.S. and international patents.